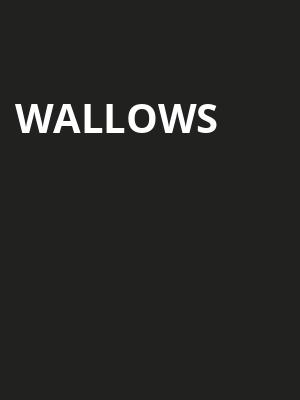 Wallows are back with brand new music!

New kids on the alt-rock scene, Wallows, are back on tour across North America! This new tour will celebrate their newly released EP - as well as some brand new music including the hit single 'I Don't Want To Talk'. Although the trio made up of Braeden Lemasters, Cole Preston, Dylan Minnette, have been performing together since they were children, it wasn't until 2017 that they decided to become Wallows.

Beginning to release music independently in 2017 the group's debut single "Pleaser" hit the number two spot on the Spotify Global Viral 50 chart. Signing to Atlantic records in 2018 Wallows released their debut EP "Spring" in the same year, with their single "Pictures of Girls" reaching the top 40 in the US Alternative charts.

Please note that some venues are age restricted, please check with the venue before purchasing tickets.

Seen Wallows? Loved it? Hated it?

Sound good to you? Share this page on social media and let your friends know about Wallows at EXPRESS LIVE!.