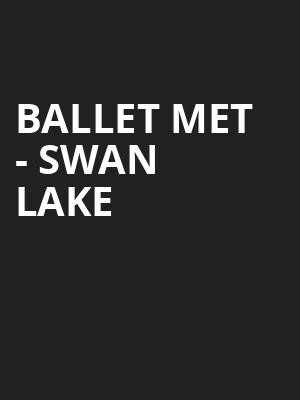 Photo by Nico Frey on Unsplash

The world's most beloved ballet

The ballet most synonymous with the art form, Tchaikovsky's enchanting fairytale has captured imaginations around the world since 1877. With an instantly recognizable score and evocative choreography, the transporting story of a beautiful young woman doomed to live by day as a swan due to an evil curse, Swan Lake is the epitome of any company's repertoire. Gracing the stage of the Ohio Theater in April 2023, don't miss this glorious staging from Ballet Met Columbus.

What is the story?

Dashing Prince Siegfried is urged by his mother to marry soon. She tells him he must make his choice at the upcoming royal ball. In defiance, the young man heads out to the forest to hunt where he witnesses an event that will change his life forever - the transformation of a simple swan into a beautiful woman - Odette, who is under a spell of a wicked sorcerer. The only way to break this spell is for one who has never loved before to love her. However, the sorcerer has his own designs on the Kingdom, and plots to get it with a secret weapon that looks remarkably like the innocent Odette...

Sound good to you? Share this page on social media and let your friends know about Ballet Met - Swan Lake at Ohio Theater.